Chat with us, powered by LiveChat
You are here: Home / The Tucano Experience / Weather & Seasons in the Central Amazon

When is the best time to travel? What are the seasons like in this part of the Amazon? 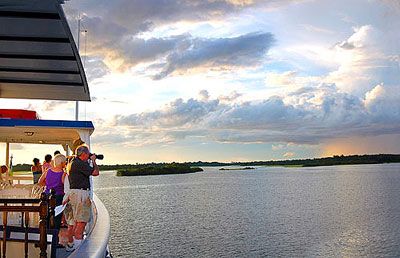 Our trips take place in the very middle of the Amazon - a thousand miles from the ocean and 1700 miles from the Andes. We begin our voyages at about two degrees of the Equator and we explore north on one of the least inhabited, and wildest rivers in the Amazon, The Rio Negro. The temperatures in this area are warm year round, so the most important seasons are the rainy and dry season - but read on below and see that the rainy season is a good time to travel! The rainy season runs roughly from mid-December to mid-May, the temperature is a bit cooler than the dry season which runs roughly August -November. Amazonia!

One important weather fact about central Amazonia is that it rains much much less than in the Peruvian Amazon or at the eastern Amazon of Brasil. It rains as much as 30% less than in these regions so the rainy season is much less pronounced. The average daytime temperature in the rainy season is usually in the mid-80's [F] with nighttime lows in the mid 70's to high 60's. In the dry season the daytime temperature can go up to the mid-90's though there is much variability and cool days are common. Nighttime temperatures during the dry season are usually in the mid-70's, though there are also some very cool nights.

So, is it desirable to travel to the Amazon in the Rainy Season? Yes! Even though it does rain more this time of year, it is also true that many plants have evolved to fruit and flower during the rainy season which attracts pollinators, birds, and primates to the water's edge for us to observe. When it rains our expedition boat The Motor Yacht Tucano is very comfortable and will keep us dry and when the rain stops we go out exploring again. The gigantic thunderstorms are even a great pleasure to observe from the windows of the salon. 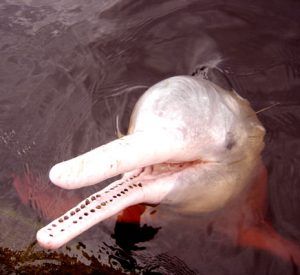 How about the dry Season? The dry season has some advantages too. The weather is dryer but more importantly, the lower water attracts some kinds of creatures that are not as commonly observed in the rainy season. The dry season is a time when the levels of most of the rivers in central Amazonia begin to drop, showing sandy beaches. This is a great time to see beach nesting birds like black skimmers and many kinds of terns, and also this is when the crocodilians of the Amazon mate and lay eggs..... and it is one of our travelers' great pleasures to listen to them bellowing to one another in the dark Amazon night. When the waters are at their most shallow, in November through January, it is sometimes possible to see millions upon millions of migratory fish in the shallows laying eggs. These fish attract every type of tropical fishing bird including large storks, spoonbills, osprey, and countless millions of swallows. The Amazon's marine mammals, pink and grey dolphins and giant river otter crowd into the smaller channels gorging on the abundance of fish.

So, when is the best time to travel? 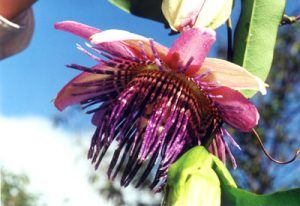 In the final analysis, the best time to travel is whenever your schedule permits. There are always interesting creatures to see in the Amazon and it will be an enjoyable experience whenever you choose to travel. The real keys to success in observing wildlife are that you visit natural areas away from settlement, that the guides are both skillful and focused, that the group size is small, that the activities get you into the forest as much as possible, and that you commit enough of your vacation time to see a variety of habitats, and last but no means least, if you the traveler are persistent in looking for the creatures. On our voyages on the Motor Yacht Tucano we do everything that we can to increase opportunity to observe the magnificent flora and fauna of the Amazon and our expedition cruises are interesting whenever you choose to travel.

We will be happy to send you details of our explorations deep in the Amazon.